This farmhouse kitchen project aimed to create a family kitchen diner from a large unrenovated space. The client was clear that they wanted to use traditional materials and Shires mixed slate, painted surfaces and oak to create a modern feel.  To make the budget go further a mix of bespoke units and off the peg kitchen fittings were used.

Reclaimed wood was used to create open shelving, and further shelving was used to create a new under window bench.  Shires designed new windows, created by a local joinery company, and a total of eight new doors opening off the new revitalised kitchen and utlity areas were built and fitted. 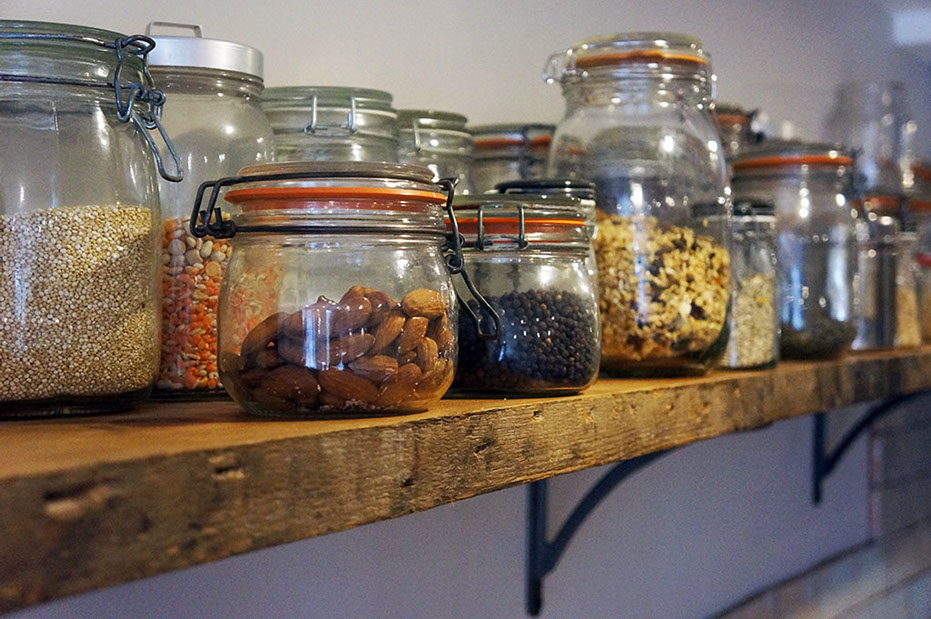 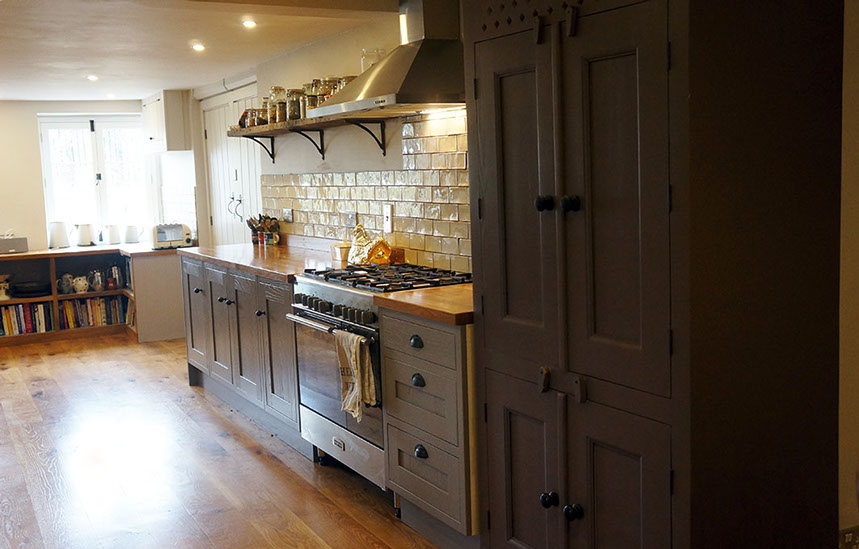 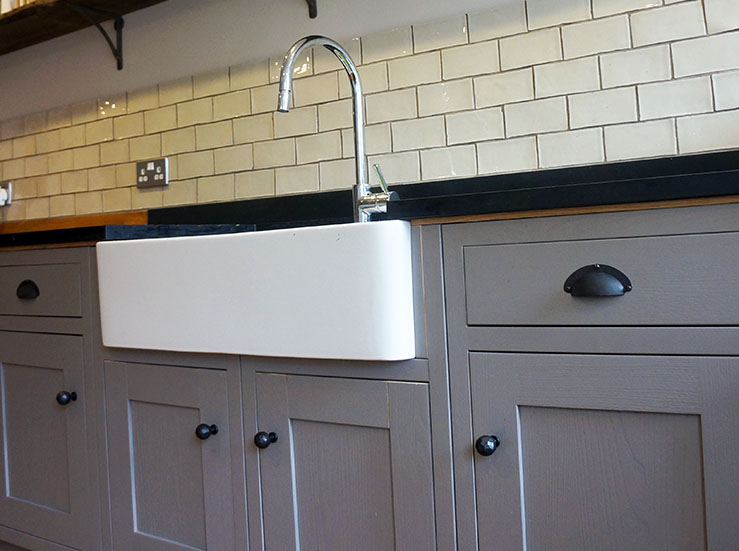 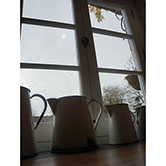 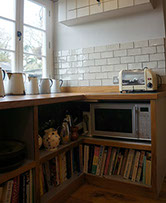 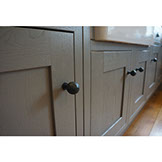